INS Vishal to be a CATOBAR Aircraft Carrier

The Indian navy is likely to call an end to its tryst with ski-jump aircraft carriers, deciding that its next big vessel will be a flat-top with a catapult-launch system. 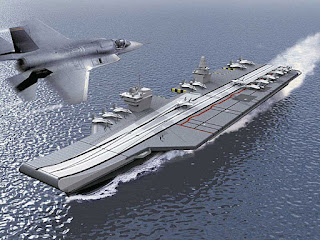 While India's first home-built carrier, known as the Vikrant, is to be a 44,000-ton short-takeoff-but-arrested-recovery (Stobar) carrier, the second ship—tentatively titled Vishal (“Immense”)—is seen as a 65,000-ton flat-top with a steam-catapult system. The Naval Design Bureau, which oversees design and implementation of all indigenous warship building efforts, is expected to freeze its requirements by year-end. 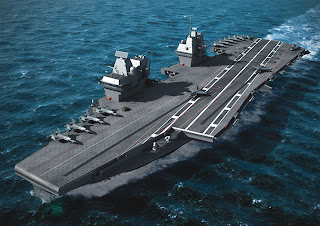 A commodore with the Naval Design Bureau says, “A decision has been taken to move away from conventional STOBAR and Short-Take-Off-Vertical-Landing (STOVL) designs.”

The Indian carrier Vikramaditya—the former Russian carrier Admiral Gorshkov—and first indigenous carrier (Vikrant) will be transition vessels to Stobar operations. The next logical step is catapult-assisted takeoff-and-barrier-arrested recovery (Catobar), “which brings with it immense advantages in the mix of assets we can deploy on deck,” says the commodore.

A flat-top configuration also supports the navy's interest in fixed-wing airborne early warning (AEW) aircraft for operations off a carrier, and comes as good news for Northrop Grumman, which has spent the better part of the last decade pitching its E-2 Hawkeye to the Indian navy.